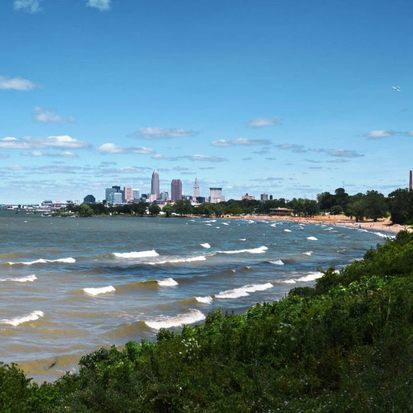 Water: From Fire to a Nation's Future

"Folks of all socioeconomic levels and races saying, “water is the unifier." Today, we need to partner together to make water the unifier." – Crystal M. C. Davis

Fifty years ago this week, the Cuyahoga River burned. On that dry summer day, a spark from a passing rail car ignited floating debris in the river. The fire was fed by oil slicks on the river’s surface — sending a black billow of smoke over the city’s skyline. At the time, no signs of life were present in the river, not even leeches or sludge worms. It wasn't the first or even most damaging fire on the river, but it was the one that attracted the most attention and served as a catalyst for the modern environmental movement, including creation of the EPA and the Clean Water Act.

Today, climate change threatens our nation's oceans, lakes, and waterways. Warming temperatures, changes in precipitation and runoff, and rising sea levels will continue to affect not only our water quality and supply, but sectors that rely on water including energy production, infrastructure, human health, agriculture, and ecosystems.

Cleveland, home to Lake Erie which constitutes one-fifth of the world's largest freshwater source, is in a unique position. As regions across the country grapple with drought and water scarcity coupled with an increased frequency of extreme weather events, could they look to Lake Erie and the Great Lakes as a solution to their water problems?

The management of the Great Lakes water supply is protected by the Great Lakes Compact, an agreement between the eight states that border the Great Lakes and signed into law in 2008. However, is it enough? What will happen if national attention shifts future economic development to the Great Lakes region where water is plentiful and the risk for natural disasters and extreme weather events is minimal?