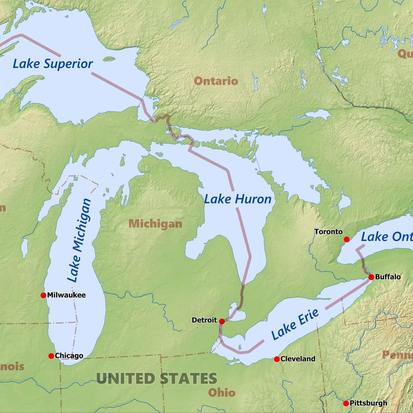 "Water is the #1 issue in equality in the world." – Christine Todd Whitman

In honor of the 50th anniversary of the Cuyahoga River fire — and to launch a weekend full of community activity — The City Club of Cleveland is partnering with the Cleveland Foundation and The George Gund Foundation to host a special State of the Great Lakes forum that is free and open to all.

June 22, 2019 marks the 50th anniversary of the Cuyahoga River fire of 1969. This fire was by no means the first fire on the river (at least 12 others were reported prior to that) or even the biggest (the largest fire caused more than $1 million in damage). But the 1969 fire landed Cleveland in TIME magazine’s report on the nation's environmental problems — and put Cleveland in the history books as a catalyst for environmental policy change.

Fifty years later, as a result of concerted federal and local efforts to clean up our waters, air, and land, the Cuyahoga River is healthy and vibrant. However, now the nation is facing unprecedented challenges brought on by the steady, continuous warming of the planet. Many of these challenges, while very real, are less visible than the dramatic image of water catching fire. Environmental threats coupled with rising socioeconomic inequality — if not reversed — will profoundly affect Americans for generations to come. Despite widespread alarm and action being taken at many levels, the science tells us that we must do much more, and quickly.

According to a recent report, the Great Lakes region, which is comprised of 21 percent of the world's freshwater, is warming more quickly than the rest of the United States. What affect with this have on the quality of and access to water? How can we continue to protect this vital natural resource?

And, more broadly, how can 50 years of progress on the Cuyahoga River inform decisions we make today regarding climate change and other threats? Will the actions we take today be enough to forestall the direct impacts of climate change?

Join us on the eve of the 50th anniversary of the Cuyahoga River fire for a free conversation with national and regional leaders on the past, present, and future of environmental policy.