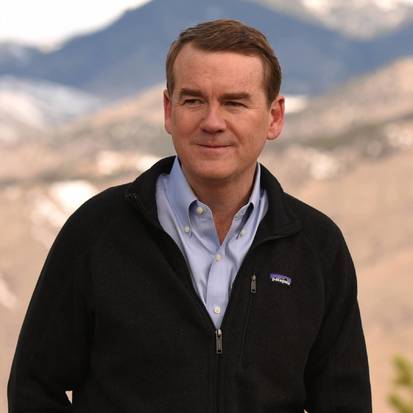 "As Americans, can we really accept these hatreds and fears for one more day?" – Senator Michael Bennet

In an ongoing series, the City Club will be featuring the candidates, voices, and issues shaping the 2020 election.

Michael Bennet, U.S. Senator for Colorado, announced his candidacy for the Democratic nomination for President of the United States on May 2, 2019.

He's served in the U.S. Senate since 2009, after being appointed to fill a seat vacated by Kenneth Salazar. Bennet previously worked as managing director for the Anschutz Investment Company, as chief of staff to Denver mayor John Hickenlooper, and as Superintendent of Denver Public Schools.

He is a graduate of Wesleyan University and Yale Law School.