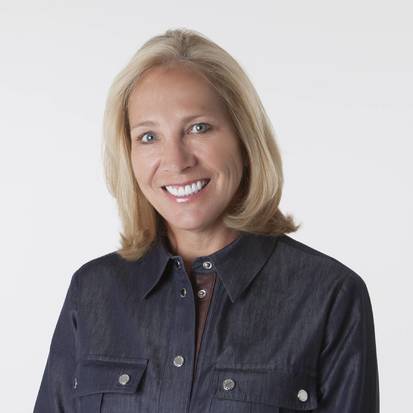 A Conversation with Dee Haslam

Dee Haslam and husband Jimmy are rising leaders in professional sports serving as co-owners of both the Cleveland Browns and the Columbus Crew. Haslam is one of eight women with primary ownership of an NFL team and is the first woman to be on Major League Soccer's Board of Governors.

A University of Tennessee graduate, Haslam began her career in the television business working for her father, Ross Bagwell. In 1999, she and partner Rob Lundgren took over Bagwell Entertainment and renamed it RIVR Media, a successful company whose productions include the well-known "Trading Spaces," "Whale Wars," "Escaping Polygamy," "Fat Guys in the Woods" and 17 seasons of "Renovation Realities."

Today, she's actively involved in both franchises and their respective philanthropic and community efforts. Her work helped earn Browns ownership the Tank Younger Award from the Fritz Pollard Alliance for having built one of the most diverse front offices in all of sports. Haslam has also received recognition with the YWCA Tribute to Women Community Service Award, a Junior Achievement Business Award, University of Tennessee Distinguished Alumni Award and more.

Join us as Haslam talks with City Club CEO Dan Moulthrop about her journey in the worlds of business and professional sports.