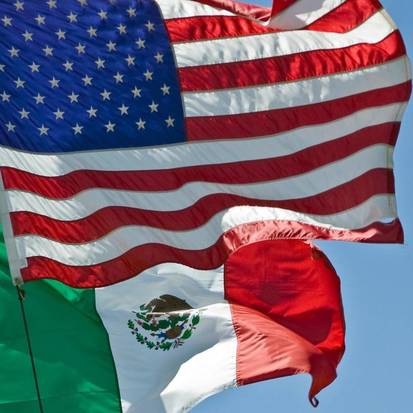 Separation of Roots and State: Where Are They Now?

Every year, the National Endowment for the Arts (NEA), in partnership with Arts Midwest, issues the NEA Big Read grant in hopes to broaden our understanding of our world, our communities, and ourselves through the joy of sharing a good book. Hundreds of Valley members have read this year's selection, Into The Beautiful North by Luis Alberta Urrea, who is hailed by NPR as a “literary badass” and a “master storyteller with a rock and roll heart.” Urrea’s book dissects complicated border conflicts, sociopolitical tensions, and the interplay between fiction and reality.

For decades, the United States has been a place for immigrants in search of the “American Dream." As the Urrea’s book details, many of those fleeing Mexico are young males in search of better opportunities, leaving behind the elderly, a large number of females, and a high unemployment rate. In a mostly Catholic society, this is problematic as those left behind are often unable to find partners and marry which reduces the birth rate and increases the dependency ratio.

Mexican immigration occupies a complex position in U.S. public opinion. According to the Pew Research Center, in 2017, Mexicans made up less than half of all unauthorized U.S. immigrants (47 percent). Immigration law has oscillated throughout the 20th century between welcoming Mexican immigrants and vehemently rejecting them. What happens to the country they left behind? What about the loved ones unable to make the dangerous trek to America?

Join us for this important conversation on the complex factors involved in the journey to America along with what - and who - is left behind.