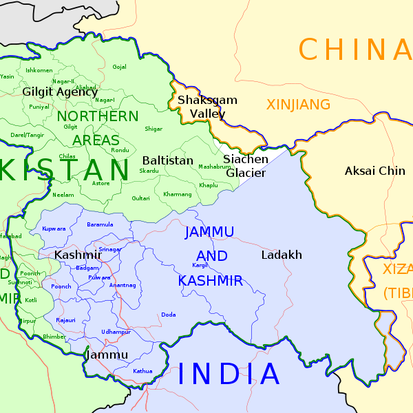 The Conflict over Kashmir

"Kashmir is one of the most militarized areas in the world. It’s not Afghanistan. There are ~500,00 troops in an area that is the size of Virginia." – Ananya Dasgupta, Ph.D

Earlier this month, the Indian government moved to revoke special status of Indian-controlled Kashmir, a long-contested region abutting Pakistan and China that constituted India’s only Muslim-majority state. Since that decision, Kashmir remains virtually cut off from the rest of the world, in lockdown with a strong military presence and no access to phones, television, or the internet.

The Indian government, despite facing global criticism for its decision, maintains the change was necessary to tackle terrorism, corruption, and separatism and spur economic development.

What does this decision mean for Kashmiris as well as the future of Indian democracy? Could the dispute lead to war? What is the United States role in managing and resolving this conflict?