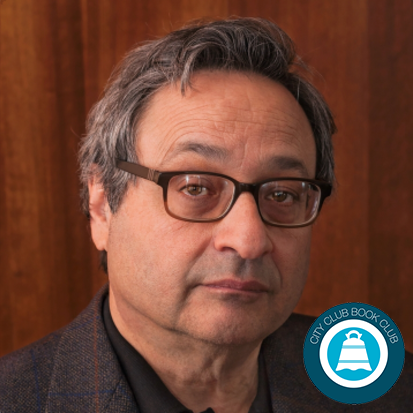 Fugitive Slaves and the Struggle for America’s Soul

"There is no moral ambiguity about the evil of slavery." – Andrew Delbanco

2019 marks the 400th anniversary of the beginning of forced migration of Africans to North America, serving as the start of America's complicated history of indentured servitude, slavery, and structural inequity that reverberates today.

As America grew and flourished, the conflict over slavery — and its legitimacy in the nation and the Constitution — escalated. Author Andrew Delbanco argues that the disputes over whether to harbor or return fugitive slaves pushed the nation into war.

It's this intersection — the courageous enslaved people who risked their lives to flee bondage, the slave-owning citizens who demanded the return of their “property,” and the political, legal and moral furor that lit the fuse of the Civil War — that Delbanco explores in his new book, The War Before the War: Fugitive Slaves and the Struggle for America’s Soul from the Revolution to the Civil War. The book also draws parallels between the plight of fugitive slaves to the moral and humanitarian crises today — including the treatment of undocumented people — raising questions about what contemporary citizens might learn from the past.

Join us as Delbanco, winner of the 2019 Anisfield-Wolf Book Award in Nonfiction, explores how the battle over fugitive slaves affects America's present story and its persistent struggles with race and inequality.