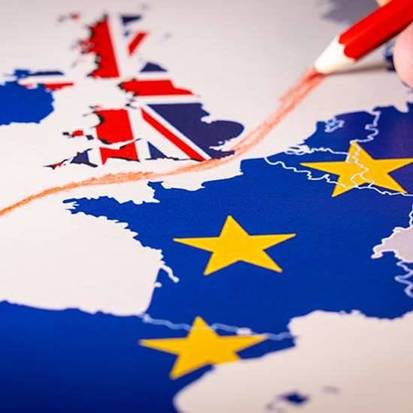 The Battle over Brexit and the Future of Europe

"The winners of Brexit? I don’t see many. I don’t see how separating from the E.U. enhances British sovereignty." – Elliot Posner, Ph.D.

European observers are currently focused on the United Kingdom as British Prime Minister Boris Johnson has committed to leading Britain out of the European Union (EU) on October 31 "with or without a deal." However, the great uncertainty surrounding British decisions is only one of many challenges confronting the six-decade-long European cooperation project.

In addition to “Brexit,” the EU faces an unpredictable post-Merkel Germany, ongoing popular opposition to President Macron in France, Italian political turmoil over coalition-building, an unsettled separatist challenge in Spain by Catalonia, democratic backsliding and the rise of authoritarian figures in several European countries, a revisionist Russia, unresolved conflicts over immigration, and widespread economic malaise across much of the continent.

Are these and other challenges necessarily undermining the centralizing, institution-building project of the EU? How will Brexit and these developments affect the Brussels project, EU member states and the world?