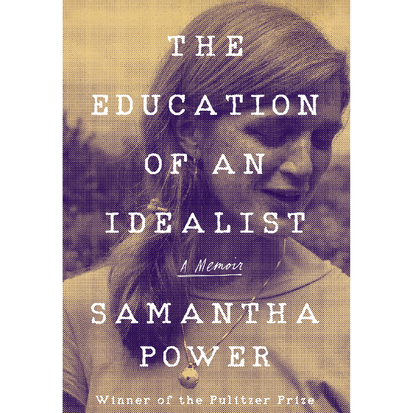 "This was not the book I set out to write. I wanted people not to root for me, but for the ideas that I was championing for a more humane foreign policy." – Samantha Power

Former U.S. Ambassador to the United Nations and Pulitzer Prize winner Samantha Power will visit to discuss her new memoir, The Education of an Idealist.

Samantha Power is the Anna Lindh Professor of the Practice of Global Leadership and Public Policy at Harvard Kennedy School and the William D. Zabel Professor of Practice in Human Rights at Harvard Law School.

From 2013 to 2017, Power served in the Cabinet of President Barack Obama and as U.S. Ambassador to the United Nations. From 2009 to 2013, Power worked on the National Security Council as Special Assistant to the President for Multilateral Affairs and Human Rights.

Power’s book A Problem from Hell: America and the Age of Genocide won the Pulitzer Prize in 2003. It also won an Anisfield-Wolf Book Award that year. She is also the author of The New York Times bestseller Sergio: One Man’s Fight to Save the World. Power began her career as a journalist reporting from countries including Bosnia, East Timor, Rwanda, and Sudan, and she has been named by TIME as one of the world’s 100 Most Influential People and by Forbes as one of the World’s 100 Most Powerful Women.

Books will be available for purchase and signing courtesy of Mac's Backs - Books on Coventry.

The event is free, but registration is required. Click here to register.