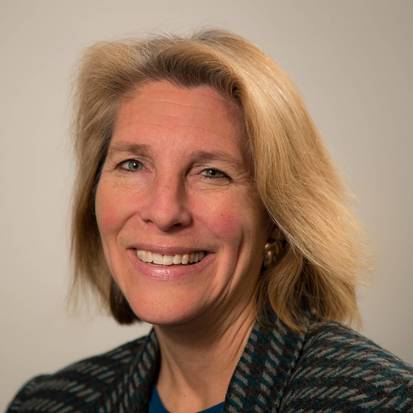 Transatlantic Trends: Ties and Transactionalism in a Time of Trump

"Friends are an asset in a turbulent world, whether it’s here in Cleveland or across the Atlantic." – Karen Donfried, Ph.D.

Is democracy an endangered species? It certainly faces increasing threats around the globe. After the fall of communism, political scientists agreed that nations generally evolved towards democracy. As markets opened and capitalism spread, democracy’s emergence was thought to be inevitable. Very few, if any, believe that any more. With the rise of populism, sophisticated disinformation campaigns, and the electoral victories of leaders with tenuous commitments to democratic norms, the liberal democracy is facing new and unique threats.

Throughout her career, Karen Donfried has worked to strengthen democracies and the relationships that undergird democratic institutions. As President of the German Marshall Fund (GMF) since 2014, she leads a network of programs and initiatives from Washington, D.C. to Warsaw, across the United States and across Europe. GMF fosters stronger transatlantic relationships in the spirit of the Marshall Plan, championing human rights, free markets, democracy, and rule of law.

Prior to her current role at GMF, Donfried was the special assistant to the president and senior director for European affairs on the National Security Council at the White House. In that capacity, she was the President’s principal advisor on Europe and led the interagency process on the development and implementation of the President’s European policies. Earlier in her career, Donfried served as the national intelligence officer for Europe on the National Intelligence Council, the intelligence community’s center for strategic thinking.

Join us to hear from Karen Donfried on the state of the transatlantic relationship and the future strength of Western democracies.