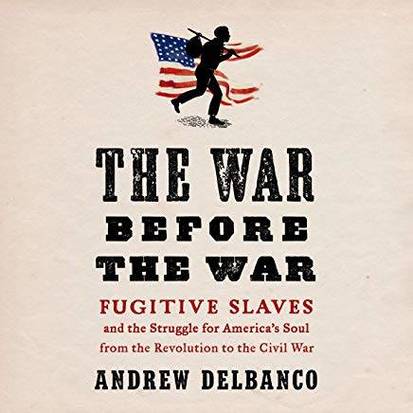 The War Before the War: Fugitive Slaves and the Struggle for America’s Soul from the Revolution to the Civil War

Join the City Club for the next installment in our Book Club series as we discuss The War Before the War: Fugitive Slaves and the Struggle for America’s Soul from the Revolution to the Civil War by Andrew Delbanco.

Winner of the 2019 Anisfield-Wolf Book Award in Nonfiction, Delbanco's latest book details the United States's conflict over slavery — arguing that disputes over whether to harbor or return fugitive slaves pushed the nation into war. Detailing the Compromise of 1850, which required that fugitive slaves be required to their masters, Delbanco argues that this act divided the hearts and Americans who struggled with the timeless problem of when to resist an unjust law. The book also draws parallels between the plight of fugitive slaves to the moral and humanitarian crises today — including the treatment of undocumented people — raising questions about what contemporary citizens might learn from the past.

The War Before the War is also the winner of the Mark Lynton History Prize, a New York Times Critics' Best Book of 2018, and a book that Ta-Nehisi Coates called, "stunning."

Join us for lunch and conversation as we discuss The War Before the War: Fugitive Slaves and the Struggle for America’s Soul from the Revolution to the Civil War at the City Club Book Club.