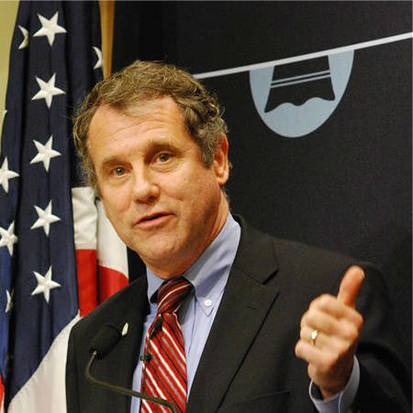 "When we push people to change, we have to embrace their change." – Senator Sherrod Brown

Since his election to the U.S. Senate in 2006, Ohio Senator Sherrod Brown has sat on the Senate floor at a mahogany desk with a unique history. In his newest book, Desk 88, he tells the story of eight of the Senators who inhabited the desk before him, all of which — despite their flaws and frequent setbacks — made a decisive contribution to the creation of a more just America.

The eight men — from Hugo Black to Robert F. Kennedy to Al Gore, Sr. to George McGovern, among others — offer a range of stories. Taken together, Senator Brown argues, these eight portraits tell a story about the triumphs and failures of the Progressive idea over the past century: in the 1930s and 1960s, and more intermittently since, politicians and the public have successfully fought against entrenched special interests and advanced the cause of economic or racial fairness.

Join us as Senator Brown shares the stories of Desk 88 and why, despite increased bigotry and discrimination, he continues to believe in the enduring power of the Progressive idea.