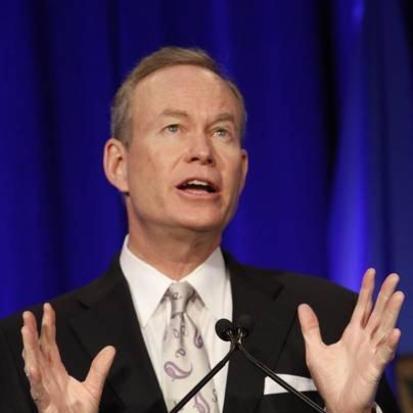 The Next American City: The Big Promise of our Midsize Metros

"Look, we had built this city around a car. Now, let’s build it around people and see what it looks like." – Mick Cornett

Mick Cornett is the longest-serving Mayor of Oklahoma City and is credited with its transformation from a forgettable city in "flyover country" to one of America's most dynamic midsized cities.

During his time in office, Newsweek called him one of the five most innovative mayors in the country. London-based World Mayors listed him as the No. 2 mayor in the world and Governing magazine named him the Public Official of the Year. Best known for helping attract an NBA franchise and putting Oklahoma City “on a diet,” Cornett also led the charge to pass MAPS 3, an innovative $800-million investment in parks, urban transit, wellness centers, and infrastructure that has the potential to dramatically reshape Oklahoma City and enhance the quality of life of its residents. How did he do it? And what can Cleveland learn from Oklahoma City?

Join us as Cornett discusses the lessons learned from his city's success and the way forward for America's midsize metros.