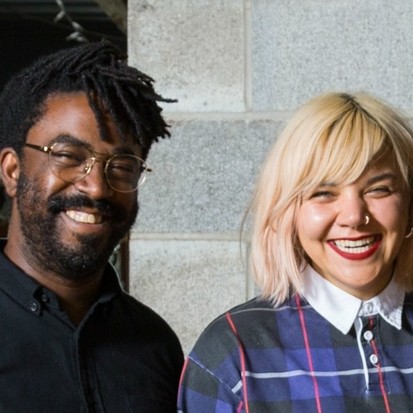 Reimagining Journalism: Bringing the Newsroom to the Community

Questions about the future of journalism in an increasingly digital world is somewhat old news. And yet, the stats are still startling: since 2004, more than 1,800 newspapers have closed; the remaining ones still suffered, cutting news coverage, shrinking the paper’s size, and/or ceasing production of a print edition. These moves proved devastating for many smaller cities and towns — including Youngstown, Ohio which lost its only daily newspaper this year — who are now left without a mechanism to hold public officials accountable.

The shrinking media landscape also has other consequences. For the newsrooms that remain, a continued lack of diversity means certain communities and groups are covered inadequately, if at all, and with the potential to perpetuate false narratives and stereotypes about historically ignored or underrepresented communities.

Across the country, several initiatives are underway to reimagine how journalism is modeled, funded, and structured. One such initiative is City Bureau, a nonprofit civic newsroom based on Chicago’s South Side that brings journalists of varied racial, ethnic, and socioeconomic backgrounds together with communities to create responsible media coverage, increase civic engagement, and hold government leaders and public officials accountable.

How is it working? What can Northeast Ohio learn from City Bureau? Does this model represent the future of local news? Join us for the next forum in our Reimagining Journalism series, a conversation with two of City Bureau's co-founders.

Want to learn more about a new tool launching this winter that will make public government meetings more accessible in communities throughout Northeast Ohio? The City Club invites you to join the Cleveland Foundation, Akron Community Foundation, and City Bureau immediately following the forum for a special sneak peek to learn more about City Scrapers, an open source community dedicated to building a central database of all public meetings in our region. Space is limited for this free workshop. Register by calling Tiffany France at 216.621.0082.