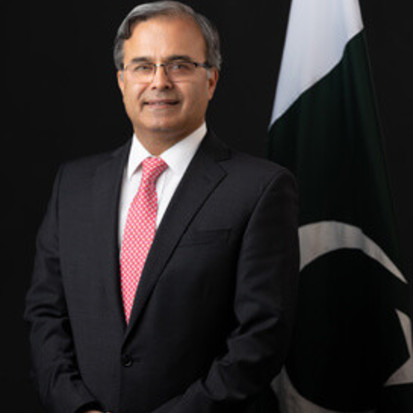 Pakistan's Role in the World

This forum is being rescheduled. If you have any questions, please call Tiffany France at 216.350.5571.

Recently, Pakistan has played a larger role on the world stage. The election of Prime Minister Imran Khan in 2018 has ushered in a new era for the people of Pakistan and its complex relations with many global powers. While the United States was one of the first allies Pakistan had at its conception, the relations between the two nations have faced challenges over the years.

Currently, the country remains geographically and philosophically at the center of many challenges facing the United States in South Asia: Afghanistan’s future, counter-terrorism, China’s quest for regional primacy through infrastructure development, and preventing nuclear conflict between India and Pakistan.

Pakistan's Ambassador to the United States is a key figure in navigating all of these global economic and political affairs. Join us to hear His Excellency Dr. Asad Majeed Khan discuss the state of Pakistan today and the future of U.S.-Pakistani relations.