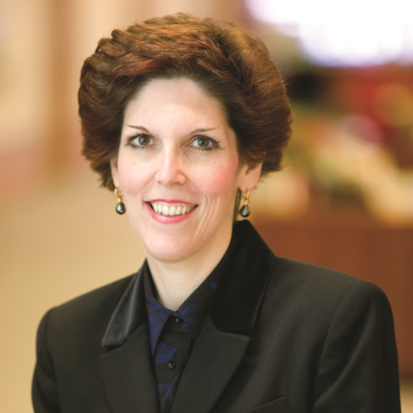 Maintaining Economic Health During a Crisis

"If everyone does their job right, and we help the economy, healthcare professionals can do their jobs, we can practice social distancing, and when we reopen people can have confidence that we can get things back on a good path." – Loretta J. Mester, Ph.D.

Loretta J. Mester took office on June 1, 2014, as the 11th president and chief executive officer of the Federal Reserve Bank of Cleveland.

Dr. Mester began her career as an economist at the Philadelphia Fed in 1985, and has been attending meetings of the Federal Open Market Committee since 2000, when she was named senior vice president and director of research. She is an adjunct professor of finance at the Wharton School of the University of Pennsylvania and is a fellow at the Wharton Financial Institutions Center. She has published numerous articles in refereed academic and professional journals on economics, central banking, and other topics, and is the managing editor of the International Journal of Central Banking and co-editor of the Journal of Financial Services Research.