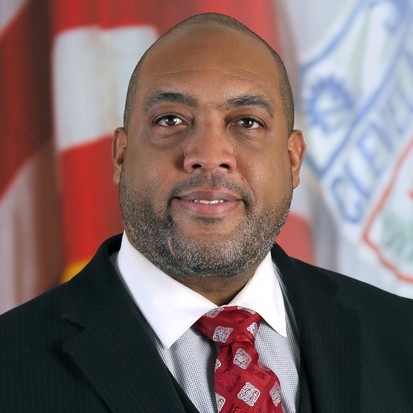 "People really want to touch, feel, and see change. They want to see a better quality of life in Cleveland." – Blaine Griffin

Similar pieces of legislation are being presented in cities and states across the country. In Ohio, two identical resolutions will be introduced by the Ohio Legislative Black Caucus — one for the Ohio House and one for the Senate. According to the Centers for Disease Control, whenever a declaration of a public health crisis is made, systems need to be put in place to remediate the health crisis. What does that mean for Cleveland? How can we ensure that actual action is taken?

Councilman Blaine Griffin represents Ward 6, encompassing the East Side neighborhoods of Fairfax, Larchmere, Little Italy, Woodland Hills, and parts of Buckeye-Shaker, University Circle, North Broadway, Slavic Village, and Union-Miles. He is chairman of council's Health & Human Services Committee and sits on four other committees. Prior to serving on council, Councilman Griffin was Executive Director of the city's Community Relation's Board, which works to improve cross-culture relations throughout the city and oversees police/community relations and youth initiatives.

Joins us for a conversation with Councilman Griffin about the resolution and a range of other issues.