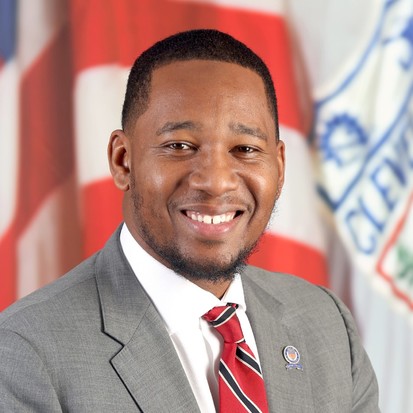 A Conversation with Councilman Basheer Jones

"If we want to rebuild this city, we have to start with rebuilding the people's trust in our community." – Councilman Basheer S. Jones

Councilman Basheer Jones was elected to represent Ward 7 in November 2017, becoming the city’s first Muslim council representative. He represents an area which includes the historic Hough district, as well as the St. Clair-Superior, Midtown, and AsiaTown neighborhoods.

During his tenure, Councilman Jones led the charge for Cleveland to recognize Indigenous People’s Day and called for reforms at the Cuyahoga County Jail. Most recently, he was one of the sponsors of a new resolution declaring racism a public health crisis in Cleveland.

Join us for a conversation with one of Cleveland City Council's emerging leaders.