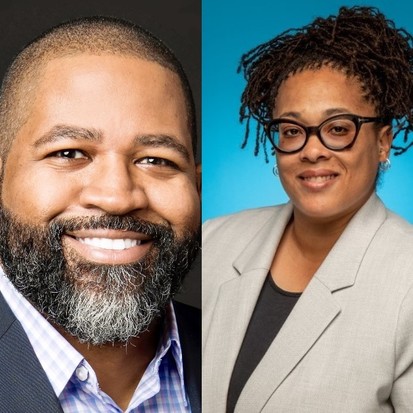 Black Journalists in a Time of Crisis

"I tell people to do the things African-Americans can't do. White people have the ability to navigate the networks of power better than we do." – Erika Smith

Erika D. Smith is a columnist for the Los Angeles Times writing about the diversity of people and places across California. Jamil Smith is a Senior Writer at Rolling Stone, where he covers national affairs and culture. In addition to being writers, the two have one other commonality - both were born and raised in Cleveland.

After the killing of George Floyd at the hands of police, both journalists wrote about the racism and the race-based inequities embedded in America's systems and structures: American Plague and Cities are being destroyed. California clearly isn’t as enlightened about race as we think.

Currently, Americans are experiencing a "cascade of crises" – rising unemployment due to the coronavirus pandemic; increased risk of death, either from COVID-19 or policy brutality, both of which disproportionately affect the Black community; an increased militarized police presence in cities and towns where protests are prevalent, and a looming housing crisis.

Where do we go from here?