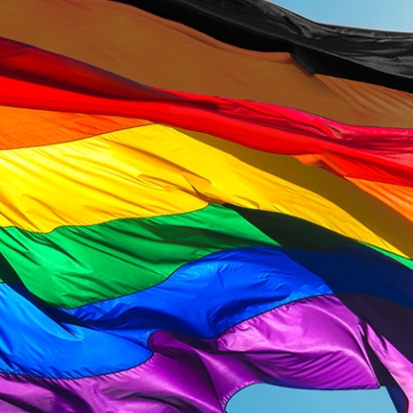 Beyond Pride: The Intersection of LGBTQ+ and Black Civil Rights

"Being anti-racist is a practice, not a destination. LGBTQ+ white people carry just as much internalized white superiority as straight white people." – Avery Martens

Earlier this month, the Supreme Court ruled that Title VII of the Civil Rights Act, which bars discrimination based on sex, does encompass discrimination on the basis of sexual orientation and gender identity. Coming after the Trump administration's effort to silently roll back laws that bar discrimination in healthcare to transgender individuals, this ruling is a celebrated as victory for LGBTQ+ rights, however, anti-trans discrimination and violence remain firmly embedded in American life.

As the nation continues its discussion of racism and policing, trans people are seven times more likely to experience physical violence when interacting with the police, and nearly half of all Black transgender people have been incarcerated. In the last month, two Black trans women, Riah Milton and Dominique “Rem’mie” Fells, have been added to the long list of trans murder victims. Days after these murders, a crowd of more than15,000 gathered in the streets of Brooklyn for a march dedicated to the intersection of racism and transphobia, a march The New York Times calld "one of the most striking demonstrations that New York has seen since the killing of Floyd, a gathering of thousands of people in a sea of white."

As we end Pride Month, how does this recent Supreme Court ruling intersect with the racial justice movement sweeping our nation and world? What impact will it have on the lives of the Black trans community?