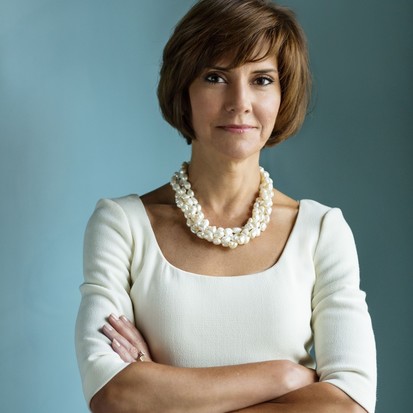 From Cleveland to Chief of Protocol: Lessons on Diplomacy, Protocol, and Soft Power

"Protocol is a superpower. It starts the wheels of diplomacy and sets forth a plan for how you should navigate certain situations." – Capricia Penavic Marshall

A first generation American of Mexican and Croatian descent and a native of Cleveland, Ohio, Ambassador Capricia Penavic Marshall has spent two decades laying the groundwork for successful diplomacy between heads of state around the world. Through her time serving as chief of protocol for President Barack Obama and social secretary to President Bill Clinton and First Lady Hillary Clinton, Ambassador Marshall learned the importance of diplomacy and etiquette – from the international stage to everyday life. She outlines these lessons in her new book, Protocol: The Power of Diplomacy and How to Make It Work for You.

Now, as the world grapples with the coronavirus pandemic, it's apparent that international cooperation and successful diplomacy are more critical than ever. How does protocol impact the ability for decision-makers to move into consensus, especially as we adapt to a virtual world? How should world leaders navigate the intersection of governing and humanity in times of crisis?