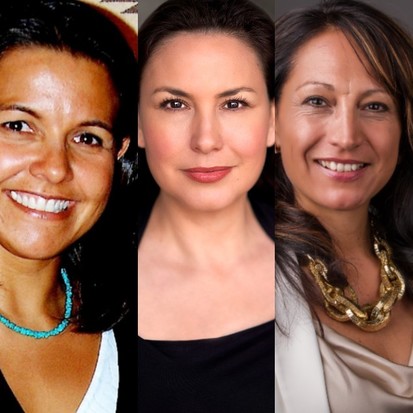 Modern Visibility: Indigenous Imagery and Representation in the 21st Century

"Native Americans don't exist in the minds of modern Americans. Invisibility is the modern form of bias against Native peoples." – Crystal Echo Hawk

This summer, after nationwide protests and demonstrations over the deaths of George Floyd, Breonna Taylor and Ahmaud Arbery, several major and minor league sports teams – all who utilize Native American mascots, imagery, and stereotypes – announced their intention to change their names and logos. Many considered this a long-overdue decision, the culmination of decades of work by Indigenous activists, scholars, and community members; others dismissed it as another exercise in political correctness. However, team names are just one facet of a much broader conversation that’s occurring at this moment over modern Indigenous representation, inclusion, and the stories we tell ourselves about America and its history.

Crystal Echo Hawk is founder and CEO of IllumiNative and a member of the Pawnee Nation. Throughout her career, she has been a respected, passionate, and successful advocate for the rights of Native Americans with a special emphasis on Native children and educating philanthropy and different sectors of the American public to help transform public perceptions of tribes and Native peoples. She recently designed and co-led the two-year, $3.2 million research and strategy setting initiative Reclaiming Native Truth Project.

Dr. Stephanie A. Fryberg is a psychologist, a professor at the University of Michigan, and a member of the Tulalip Tribes. Her research focuses on how social representation of race, culture, and social class influence the development of self, psychological well-being, and educational attainment.

DeLanna Studi is a Cherokee performance artist, activist, and author of AND SO WE WALKED: An Artist’s Journey Along the Trail of Tears, which tells the tale of a contemporary Cherokee woman and her father who embark on a 900-mile journey along the Trail of Tears to truly understand her own identity and the conflicts of her nation.