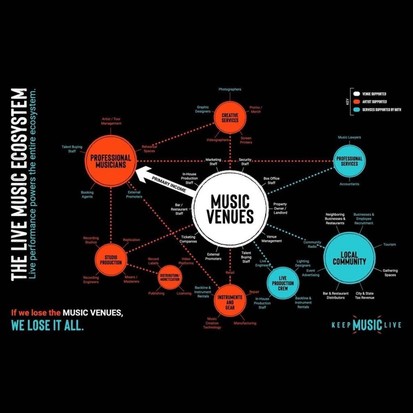 Save Our Stages: The Future of Live Music and the Performing Arts

When the COVID-19 pandemic reached the United States earlier this year, independent music and entertainment venues and theatres were among the first to close to prevent the spread of the disease. They will also likely be the last to re-open as Americans are encouraged to avoid mass gatherings and crowded indoor spaces. A recent National Independent Venue Association (NIVA) poll found that 90 percent of independent venues are expected to close within the next few months if they do not receive federal aid. The shuttering of these establishments would have a ripple effect on local economies.

But is it enough? How are independent venues and performers coping? Is it possible to "save our stages" before the curtain closes on them — for good?