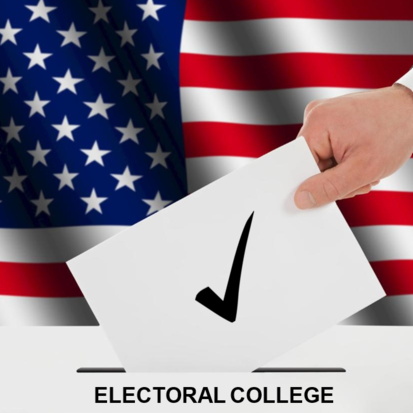 The City Club of Cleveland and Braver Angels, a nonprofit citizens' organization uniting red and blue Americans in a working alliance to depolarize America, are collaborating on Braver Angels 2020 virtual debate. But it's likely not the kind of debate you’re used to. it's a different kind of debate, one where a group of people think together, listen carefully to one another, and allow themselves to be touched and perhaps changed by each other’s ideas.

Early voting has just begun in many states and the legitimacy of the election results are already being called in to question. At the heart of many of these arguments is whether the results of national popular vote or the electoral college should prevail. Two of our most recent presidents, President George W. Bush and President Donald J. Trump, won their elections despite losing the popular vote. (Need a refresher on how the electoral college works? Click here).

Join us as eight prominent Ohioans debate the following resolution: The United States Should Abolish the Electoral College and Replace it with a National Popular Vote. Four speakers will share their perspective affirming the resolution and four speakers will dissent. Afterwards, there will be time for comments and questions from the audience.

Presented in collaboration with