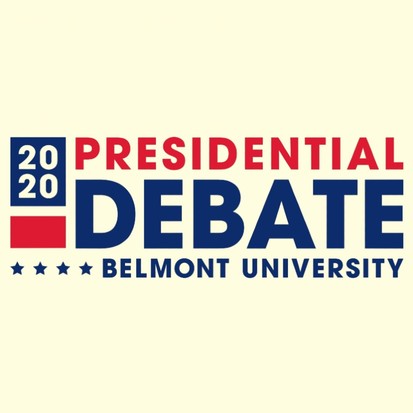 The first presidential debate, held in Cleveland on Tuesday, September 29, is in the history books. The second debate, originally scheduled for October 15 in Miami, was canceled after President Trump tested positive for COVID-19.

The third and final debate will take place as scheduled on Thursday, October 22 at Belmont University in Nashville. Since we can't be in Tennessee, or together in large numbers here in Ohio, the Ohio Debate Commission (ODC) is again hosting a virtual DebateWatch - a voter education program established by the Commission on Presidential Debates in 1996 and reinvigorated with virtual event options for 2020.

We've designed the DebateWatch to bring people together from all over Ohio for a pre-debate program, after which everyone will watch the debate on their own and then turn it off at the end (before the spin) to come discuss what they saw and heard in our facilitated virtual breakout rooms. The goal is not to say who won or lost, it is to share views with those who may agree and those who don’t. It is to listen respectfully to others’ opinions.

Join us to hear insights from political experts, participate in breakout sessions, and enjoy this final presidential debate in the virtual company of other Ohioans. Participation in DebateWatch2020 is free and open to all! To register, click here.