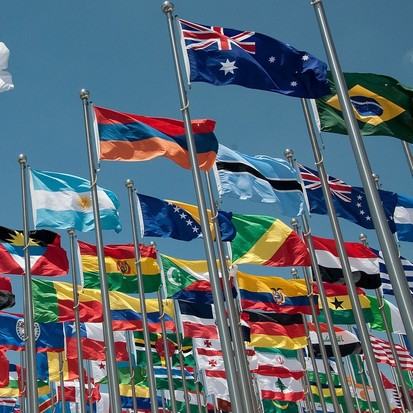 "This election has meant a debate about democracy for so many Americans, so I would take the President-Elect at his word that democracy promotion will be an important part of his foreign policy." – Kathryn Lavelle, Ph.D.

Regardless of which candidate prevails on November 3, the next President of the United States will inherit a complicated international landscape and mounting global problems. While this has been true for nearly every modern presidential election, what makes this election different is that Joe Biden and Donald J. Trump vastly disagree on almost every foreign policy issue: the World Health Organization (WHO) and the international response to the coronavirus pandemic; our changing relationships with China, Iran and North Korea; the Paris Climate Accord; the role of the U.S. in counterterrorism; and what American leadership in the world looks like.

If Joe Biden is elected President, many believe he will inherit a country that has abdicated its global leadership role and lost its claim to moral authority. While Biden pledges to restore relationships, experts believe it won't be easy. If President Donald J. Trump is re-elected, many believe his "America First" philosophy will further alienate the United States from its allies, stoke more intense conflict with adversaries, and reward and empower authoritarian leaders around the world. Which philosophy will prevail?

Join us as local experts discuss the future of American foreign policy under the next President.