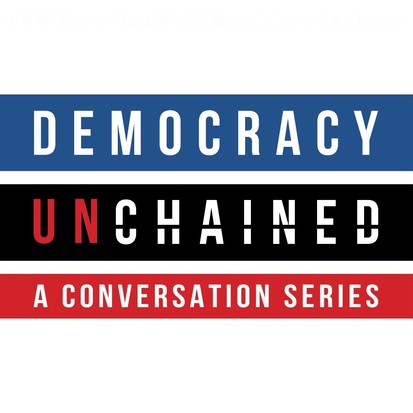 In September, we launched a new video series called Democracy Unchained. The series is part of the State of American Democracy Project aimed to help deepen and broaden the present conversation about democracy and connect it to effective action to repair and strengthen democratic institutions. It is neither conservative nor liberal, but aims rather to advance the restoration of respect for the rules of tolerance, fairness, and equality before the law that are the sine qua non of democracy.

Much of the work ahead requires repairing institutions, “habits of heart,” and political culture that have atrophied over many decades. Important parts of the work ahead, however, will require new thinking about governance, politics, and policy to meet the challenges of the “long emergency” posed by a destabilizing climate, loss of species, and the cascading effects of ecological systems failure that will threaten food and energy systems and thereby governments, economies, and domestic tranquility.

This hour-long show will feature some of the most powerful moments of the Democracy Unchained series, all focused on rebuilding the American government for the people.

The livestream will be available beginning at 12:30 p.m.

The Democracy Unchained Conversation Series is generously supported by