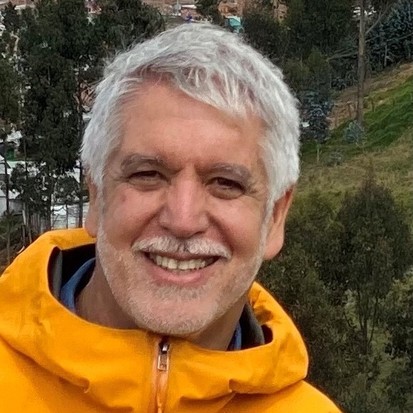 Sustainability, Mobility, and Building the Cities of the Future

"A city is only a means to a way of life. The question is, how do we want to live?" – Enrique Peñalosa

Enrique Peñalosa has spent much of his career advocating for sustainable mobility and quality of life in cities. During his two terms as Mayor of Bogota, Peñalosa implemented a city model that promoted equity, respect for human dignity, and gave priority to public pedestrian spaces − so much so that he was almost impeached for his war to get cars off the sidewalks!

In terms of transporation innovations, he created TransMilenio, a bus rapid transit system inspired by the Curitiba model but with important improvements that trebled its capacity: it moves more passengers per mile than almost all the world´s metros at a fraction of the cost.

In addition, Peñalosa created a 200 miles network of protected bikeways before there were any in New York or Paris; in his second term, the network was extended. In addition, more than 100 miles of greenways and bicycle highways were built.

He implemented a massive urban improvement plan for Bogota´s city center which included demolition and redevelopment of severely crime-ridden areas, the creation of a land bank for providing quality low income housing, and the establishment of an innovative urban project of the highest quality for more than 400 inhabitants.

Since leaving office, Mr. Peñalosa has worked as a consultant on urban strategy and leadership advising officials in cities all over the world on how to build quality, equitable and competitive cities that cannot only survive but thrive in the future. He was president of the Board of Directors of the Institute for Transportation and Development Policy, a New York based NGO promoting sustainable and equitable transportation worldwide.

Join us for a conversation with Mr. Peñalosa on how he advanced equity for all residents through thoughtful transportation planning and urban design − and what we should all consider when building the smart cities of the future.