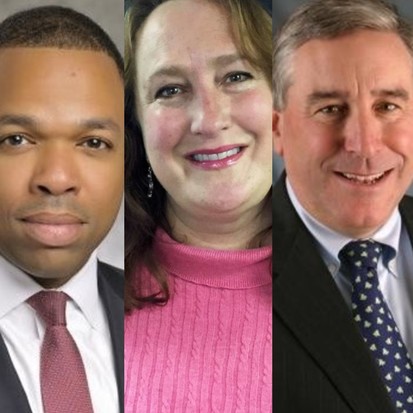 Blueprint for Democracy: Transparency and Accountability in the Ohio Statehouse

"The amount of money spent influencing not only the legislators, but also on ad campaigns, resulted in a very successful scheme. The question is, what should be disclosed to the public so that they can decide how they want their representative to vote." – Kedric Payne

Governmental ethics, transparency, and accountability took center stage a few months ago when Speaker of the Ohio House of Representatives Larry Householder was discovered to have accepted a $60 million bribe from FirstEnergy in exchange for passing HB 6, a $1.3 billion bailout for the struggling nuclear power operator. The bailout was described as "likely the largest bribery, money laundering scheme ever perpetrated against the people of the state of Ohio" by U.S. Attorney David M. DeVillers, who charged Householder and four others with racketeering. Additionally, the FBI raided the Columbus home of Public Utilities Commission Chairman (PUCO) Sam Randazzo in mid-November. While the exact purpose of the warrant and raid remain unknown, it is suspected to be in relation to the HB 6 scandal.

Common Cause Ohio, the League of Women Voters, and the City Club are partnering to host a series of virtual events focused on transparency and accountability in the Ohio Statehouse. In November, Common Cause Ohio launched a three-night virtual speaker series geared towards educating Ohioans on issues of whistleblowing, strengthening lobbyist and ethics laws, and shining a light on dark money.

As a continuation of these critical discussions, the City Club is hosting a follow-up discussion with three speakers from the Common Cause virtual events on what structural changes need to be made to increase accountability and transparency at the Ohio Statehouse.