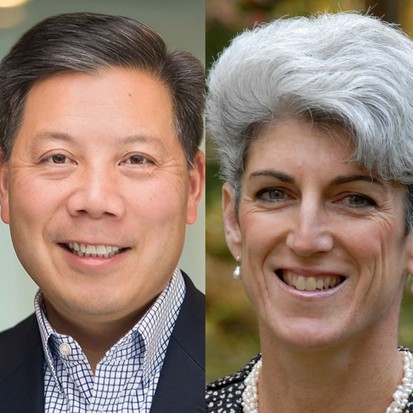 Transition in a Time of Insurrection

One of the hallmarks of American democracy is the peaceful transition of power between Presidents and their administrations. Since November 7, the day Joseph R. Biden, Jr., was declared president-elect, that transition has been anything but peaceful. The General Services Administration took more than two weeks to officially declare Biden the winner, preventing Biden from receiving federal funding, classified national security briefings, securing office space, and having access to federal agencies. President Trump and his allies demanded recounts, filed dozens of lawsuits contesting the results in several states, and publicly berated anyone who refused to overturn election results. And then, on January 6, 2021, Trump supporters violently stormed the Capitol after President Trump held a rally on the National Mall where he furiously defended his belief that the election had been "stolen" from him. Five people died.

The violence shocked the country to its very core. Social media companies stripped President Trump and many of his staunchest supporters of their social media accounts. Investigations into those who participated in the riot resulted in more than 170 cases involving 100,000 digital tips. Criminal charges may range from trespass, theft and possession of weapons to assault, to seditious conspiracy and murder. Large, influential corporations decided to halt political contributions and rethink their support of some lawmakers. And, President Trump was impeached by the House of Representatives for a historic second time after Vice President Pence rejected calls from Democratic lawmakers to invoke the 25th Amendment.

As the country prepares for the end of one presidential administration and the dawn of another, questions about the future of American democracy loom. How has President-Elect Biden’s transition been impacted by the events of the past few months? How does this transition compare to past ones in times of crisis or dispute? Will the transition bring more violence? How would a potential impeachment trial impact Biden's agenda and first 100 days? What can the new administration do to bridge the deep fissures that divide us?

Join us as two members of President Barack Obama's transition team share their insights into this tumultous time.