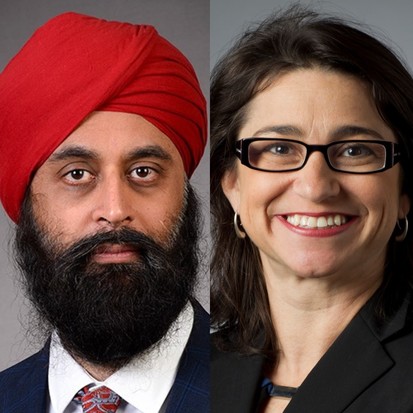 Coups and the Fragility of Democracy

"Democracy is much younger than we admit. We've only been a fully democratic state since 1965. And that happened as a result of a great deal of bloodshed. Incidents like this remind me how recent our democracy is and perhaps how shallow the roots are." – Naunihal Singh, Ph.D.

On January 6, 2021, supporters of President Trump violently stormed the Capitol after attending a rally on the National Mall where Trump furiously defended his belief that the election had been "stolen" from him. Five people died. Many saw it as inevitable, a cumulation of four years of President Trump and his administration testing the invisible boundaries of American democracy. Others called it a failed coup attempt. Regardless, the violence shocked the world, with many global leaders publicly expressing their anger and sadness while maintaining their belief in the strength of American democratic institutions.

But coups are not uncommon worldwide. According to the Pew Research Center, more than 75 countries (including a few that no longer exist – Czechoslovakia, North and South Yemen, and South Vietnam) have experienced at least one successful coup since World War II. Overall, while military and self-coups are on the decline, they still occur in the modern era: in 2013, Egyptian General Abdel Fattah el-Sisi stormed the presidential palace riding his tank, toppling the first democratically civilian-elected President, Mohammed Morsi. In 2017, Zimbabwean President Robert Mugabe was removed as president and party leader of ZANU-PF.

In the United States, Americans have struggled to define and comprehend what happened. Was it a riot? An uprising? A coup? And, perhaps more importantly, could it happen again? It's unfamiliar territory for a nation committed to a peaceful transfer of power.

Join us as experts discuss the what it takes to overthrow a democracy, and offer some perspectives on what happened in the United States on January 6.

Want to read the book? Buy local at Mac's Backs! City Club members are eligible for a 20 percent discount on the purchase of Seizing Power: The Strategic Logic of Military Coups. Email info@cityclub.org for details.