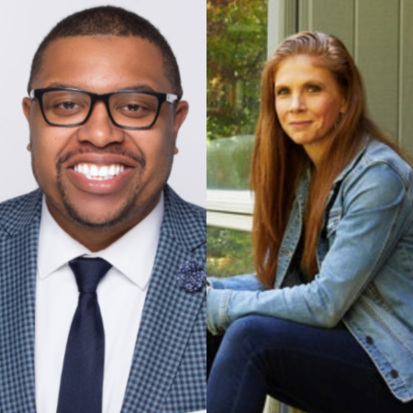 Democrats Divided? The Future of the Democratic Party

"The only way to get things done at the federal level is to hold seats, to hold power. You have to shoot for the stars, but also be willing to get things done. And that's the tug and pull of the Democratic party in this moment." – Quentin James

For the first time in more than a decade, the Democrats control the White House, the Senate, and the House of Representatives. Their majorities in congress are exceptionally slim, requiring them to govern and legislate with unity—which they don’t always have. United in their effort to deny President Trump a second term, they rebuilt the "blue wall" in the Midwest, expanded their base in the popular Sun Belt cities of Atlanta, Houston, and Phoenix, and turned Georgia blue for the first time since 1992. This was accomplished, in large part, due to the efforts of Black voters and communities.

Despite success at the ballot box, deep divisions remain between the party's moderate and progressive wings. Progressives are pushing proposals such as Medicare for All, a $15 minimum wage, the cancellation of student loan debt, and a Green New Deal—and are willing to abolish the filibuster to ensure these policies are enacted. The moderates appear more concerned with job creation, lowering taxes, and, in many cases, support maintaining the filibuster and working across party lines to pass legislation, despite the difficulty of doing so. These divisions are reflected in their voter base which is arguably the most diverse in history and is likely become more diverse if demographic trends continue.

Given all these factors, what is the future for the Democratic Party? What should their priorities be? Who should make those decisions? And how should the Biden administration navigate the deeply rooted beliefs in different wings of the party? Join us for a conversation with two political strategists about the future of the country’s oldest political party.