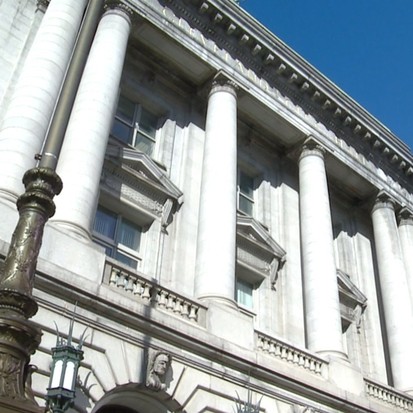 Breaking the Silence: A New Tradition of Public Comment in Cleveland?

"Having a public comment period shows residents, business owners, and stakeholders that their voice is important." – Jessica Trivisonno

Clevelanders for Public Comment is a growing grassroots coalition comprised of dozens of organizations, elected leaders, candidates for office and residents of all 17 wards. They have conducted research, drafted an ordinance, and are urging City Council to act quickly in implementing a public comment period in 2021.

This forum will consist of a moderated conversation featuring Jessica Trivisonno, author of the proposed ordinance, and two City Council members who are in support of its adoption. Following the conversation, there will be 30 minutes of a simulated public comment session.

Anyone interested in participating will have up to three minutes to make a comments about any matter that concerns the legislative, administrative, or public affairs of the city. Commenters are also encouraged to make comments on how to best invest the $541 million in stimulus funds slated to come to Cleveland from the American Rescue Plan. Individuals can sign up to make a comment by completing the Mock Public Comment Formatcle4publiccomment.com or by e-mailing cle4publiccomment@gmail.com.

The livestream will be available beginning at 12 p.m.