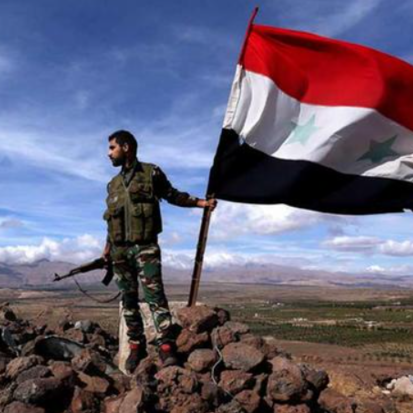 10 Years of War in Syria

"The only reason Americans care deeply about Syria is because of ISIS. That's why we originally sent troops. ISIS lost all of its territory two years ago. So it is fair to ask 'what are we still doing there?'" – Robert S. Ford

In March of 2011, protestors took to the streets in Syria to show solidarity with the growing pro-democracy movements in Libya, Egypt, and Tunisia. Across the region, these protests sparked a domino effect of citizens taking to the streets to demand democratic reforms and greater freedoms; on a larger scale, this period became known as the Arab Spring. In Syria, however, the initial uprisings were followed by a government and military crackdown, successive resignations from Syrian government officials, human rights abuses, and an exodus of thousands of Syrian residents. This shaped the start of the Syrian Civil War.

Ten years after the first protests began, the brutal violence has subsided, but peace remains elusive. An estimated 593,000 people have died, more than 11 million currently need humanitarian assistance, approximately six million people are displaced within Syria, and more than million Syrian refugees have relocated across the globe. Outside of the humanitarian disaster and need for assistance, the Syrian conflict has numerous domestic actors competing for government control as well as larger geopolitical implications, as the U.S., Iran, Russia, and Turkey all have a hand at the table.

Join us for a conversation on the state of affairs in Syria, 10 years since those first uprisings, and what the ongoing instability there means for the region.