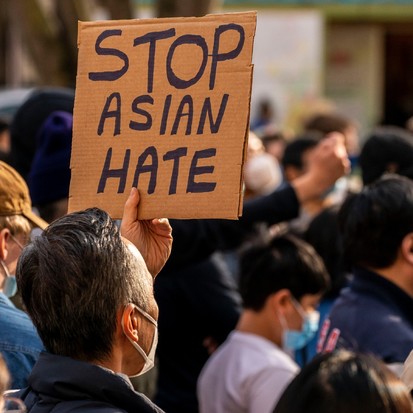 On March 16, a series of mass shootings occurred at three spas in Atlanta killing eight people, six of whom were Asian women. The 21-year suspect claims the murders were not racially motivated, however, the shootings stirred outrage and fear in the Asian American Pacific Islander (AAPI) community, which had seen dramatic increases in racism and hate crimes since the onset of the COVID-19 pandemic. According to new data from the activist organization Stop AAPI Hate, nearly 3,800 anti-Asian hate incidents occurred between March 2020 and March 2021, with 68 percent targeting Asian women.

Even before the pandemic, women of AAPI descent were subjected to sexism, misogyny, discrimination, and racism − and suffered in silence. Deemed the "model minority," the AAPI community remained relatively silent as their struggles were often dismissed as insignificant compared to other minority or ethnic groups. But that is changing. In Cleveland, nearly 1,000 people attended a "Stop Asian Hate" rally in March that featured 12 speakers, the majority of which were Asian women. Cleveland City Council also passed an emergency resolution to condemn racism, xenophobia, and hate crimes “especially against Asians and Asian American Pacific Islanders during this pandemic.”

But what more needs to be done? What efforts are underway to make Asian voices more prominent in national and local discourse? And do we work to make the AAPI community more enfranchised?

Join us as members of the local AAPI community share their perspective on what issues exist for the community and how to work towards a future that includes greater empowerment and inclusion.