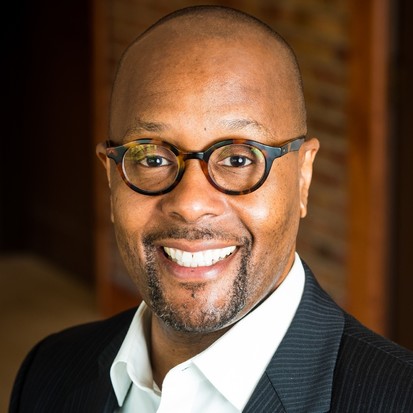 Beyond the Stage: How Karamu House is Catalyzing Creativity and Community

"We are a Black organization. Unapologetically Black. But it is an institution for all. Our actors represent the diversity of Cleveland and the country." – Tony F. Sias

In 1915, a pair of Oberlin College graduates opened a settlement house in an area of Cleveland called “The Roaring Third,” located at the corner of East 38th Street and Central Avenue. The institution set out to establish a common ground where people of different races, religions, and social and economic backgrounds could come together to seek and share common ventures. It became a magnet for African-American artists, including Langston Hughes and Zora Neale Hurston. In 1941, building on the strength of Black influence in its development, the organization is renamed Karamu House. Karamu is Swahili for “a place of joyful gathering."

In 2015, shortly after celebrating its 100 year anniversary, Karamu House was faced with well-publicized stories of defeat—a revoked tax-exempt status, a massive staff layoff, declining budgets, and theatre attendance numbers—in the Fairfax Neighborhood of Cleveland with its own concerns for economic development. However, with the support of the Cleveland community and notable funders—and under the leadership of newly appointed President and CEO Tony F. Sias—Karamu House is experiencing its own renaissance. American Theatre magazine described the transformation as “…one of the most overlooked success stories in (American theatre): how a century-old theatre of color, once in a state of crisis, has been revitalized and rejuvenated.”

During the pandemic, Karamu House pivoted to present virtual productions. One of the most notable was Freedom on Juneteenth, an original theatrical production and artistic response to the recent murders of Black Americans through music, dance and spoken word. Within the first 24 hours, more than 50,000 people watched the production.

Join us as Karamu House President and CEO Tony F. Sias discusses Karamu House's next chapter—including plans for a new outdoor stage—and its ongoing commitment to bringing to light the critical issues that plague Black America.