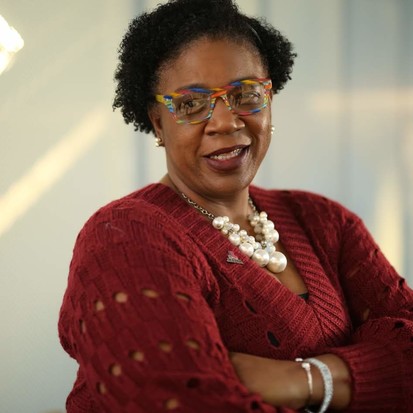 From Incarceration to Advocacy: A New Approach to Criminal Justice Reform

After spending more than 44 years working to support and advocate for people returning to community from incarceration, Charles R. See retired from Lutheran Metropolitan Ministry (LMM) in 2017. A native Clevelander, See is known for his leadership in addressing the needs of people involved in the justice system. In the 1960’s when civil unrest in Cleveland was at its peak, he was drawn to a career in public service, accepting a job at a local community center. In 1973, See began at LMM where he spent most of his career leading and expanding Community Re-entry, Inc., a program of LMM. His work included the innovative and nationally-recognized Care Teams program which trained returning citizens for positions assisting older adults living in public housing.

In his honor, LMM is pleased to present the inaugural Charles R. See Forum on Re-Entry featuring DeAnna Hoskins, President of JustLeadershipUSA (JLUSA). Dedicated to cutting the U.S. correctional population in half by 2030, JLUSA empowers people most affected by incarceration to drive policy reform. An Ohio native and nationally recognized leader, Hoskins has been committed to the movement for justice, working alongside people impacted by incarceration for nearly two decades. She has experienced the reentry system from all perspectives—she is herself a previously incarcerated individual who has successfully transitioned back into the community, ultimately receiving a pardon from Governor Ted Strickland.

Join us for a conversation with Hoskins about how to achieve criminal justice reform through collective leadership, advocacy for justice reinvestment, and bold systems change.

This forum is the Inaugural Charles R. See Forum on Re-Entry sponsored by

This forum is part of our Criminal Justice series sponsored by