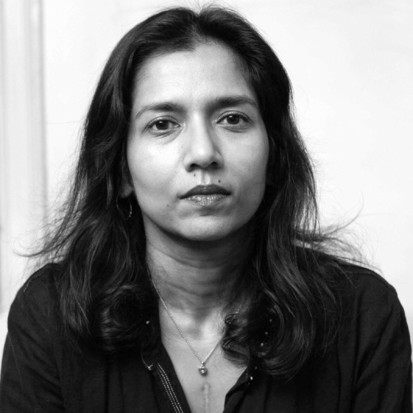 Assume Nothing: A Story of Intimate Violence

"Intimate partner violence happens to both women and men. The large majority is women. I feel the safety of women is a threat to male power." – Tanya Selvaratnam

In the fall of 2017, the #MeToo movement became a national force, outing men who for sexual abuse, assault, and harassment. At the time, artist and film producer Tanya Selvaratnam was dating one of the movement’s most vocal and effective male allies—New York Attorney General Eric Schneiderman, known for filing charges against Hollywood’s Harvey Weinstein. And at the time, Schniederman was also regularly abusing and assaulting Selvaratnam.

In 2018, in the pages of The New Yorker, Selvaratnam went public with the abuse and assaults she had suffered at Schneiderman’s hands. The disclosure was especially challenging, given Schneiderman’s role as a public advocate and as New York’s top law enforcement official.

Hers was a high profile case, but it is not unique. Intimate partner violence is one of the biggest threats American women face today. According to a 2017 Center for Disease Control report, roughly one in three women has experienced stalking or physical, sexual, financial, and/or emotional violence by an intimate partner in her lifetime. That number is far higher for women of color, and incidences of intimate partner violence surged during the COVID-19 pandemic due to increased stress and trauma, economic hardship, imposed isolation, and decreased access to community and faith-based support. And, because abuse within the context of a consensual heterosexual relationship is often shrouded in secrecy and hidden behind closed doors, experts believe there many more instances that go unreported. Selvaratnam tells her story in her new memoir Assume Nothing: A Story of Intimate Violence.

Join Selvaratnam and Melissa Graves, CEO of the Journey for Safety and Healing, for a conversation about the book and the deep, often hidden issues many women face.