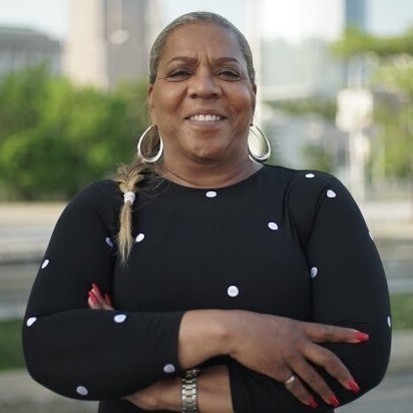 This is our rescheduled forum with Laverne Jones Gore, Republican candidate for Ohio's 11th congressional district.

Earlier this year, U.S. Representative Marcia Fudge − the Warrensville Heights Democrat who represented Ohio's 11th District since 2008 − was confirmed as the 18th Secretary of the U.S. Department of Housing and Urban Development. The vacancy allows voters to choose a new representative in special elections slated for August 3 and November 2.

District 11 is one of two majority-minority Ohio districts protected under the Voting Rights Act of 1965. It encompasses much of Cleveland, its eastern suburbs, a western portion of Akron, and about 30 cities.

The City Club Debate Committee has established criteria for participation in the District 11 debates. Of the fourteen candidates who will appear on the ballot when early voting begins, eight Democrats and one Republican met those criteria. On June 22nd, the City Club hosted the District 11 Democratic Primary Debate.

Now, join us for a 30-minute virtual forum with Laverne Gore, Republican candidate for District 11.

The livestream will be available beginning at 12:00 p.m.