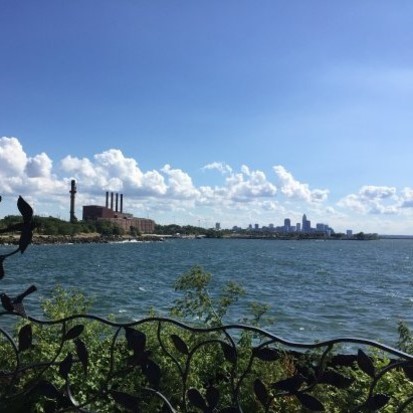 On the Waterfront: Connecting Neighborhoods to the Shore

"The lake is the people's lake. It is a natural resource. It is not owned by someone just because they have private property on it." – Eric Wobser

Public access to the waterfront and outdoor greenspaces is vital to the social fabric of a community and to individuals’ health and well-being. Ohio lakes and rivers provide space for recreation, social gatherings, and simply a place to cool off.

Yet, 90 percent of Cuyahoga County’s shoreline is inaccessible to everyone except for private businesses and residents privileged enough to live near the lake. Both social and physical barriers have prevented residents, especially in low-income communities, from interacting with our region’s greatest asset—the water. How can lakefront cities leverage development and land use policy to make waterfront access more for equitable for all?

This forum is presented in partnership with the Lincoln Institute of Land Policy. It is part of a series of discussions, held during the Lincoln Institute’s 75th anniversary year, exploring the role of land policy in addressing society’s most pressing social, economic, and environmental challenges. The Lincoln Institute is engaging in these discussions in Cleveland as part of the Legacy Cities Initiative, which supports a national network of community and government leaders working to create shared prosperity in cities transitioning from former industrial economies.