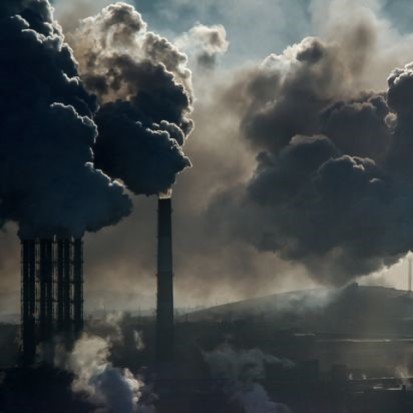 *This program is not affiliated or endorsed by the Bulletin of the Atomic Scientists, creators and managers of the Doomsday Clock.

The Bulletin of the Atomic Scientists created the Doomsday Clock in 1947 as metaphorical gauge alerting humanity to how close it is to global catastrophe. Since 2007, the Bulletin began factoring climate change into discussions about setting the annual time.

As a result, at 100 seconds left, the Doomsday Clock is now the closest it’s ever been to midnight. Global measures and agreements have been made to combat the effects of climate change - - the Paris Agreement was adopted by nearly 200 countries in December 2015 - - yet many critics of the agreement say the mandates are too little, too late for an issue that has been brewing since the dawn of the Industrial Revolution. As mechanical innovation swept the globe, so too did the amount of environmental pollution leading to an increase of 0.14° F per decade since 1880, and an increase of 0.32° F per decade since 1981. These seemingly small changes disrupt the planet’s delicate atmospheric balance, of which a mere degree has led to the drastic shifts we see today.

Climate change isn’t coming - - it’s here. Nationally, a deadly hurricane season wreaked havoc from New York City to Louisiana, and California battles massive drought leading to the biggest wildfires on record. Locally, the summer of 2021 is on track to be one of the wettest ever on record, and the past several years Lake Erie freezing over was hit or miss.

Join us for a virtual forum at the City Club as a Youth Forum panel discusses the impact of climate change.