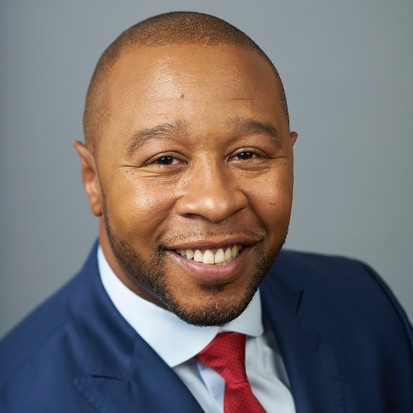 At 17 years old, Jarrett Adams was wrongfully convicted of sexual assault and sentenced to 18 years in a maximum security prison. He served 10 years before being exonerated with the help of the Wisconsin Innocence Project. Adams would then go on to become a lawyer himself, with the goal of helping those who, like himself, had faced discrimination in the legal system.

In August 2016, Jarrett Adams joined the City Club to share this story. In his new book, "Redeeming Justice: From Defendant to Defender, My Fight for Equity on Both Sides of a Broken System", Adams outlines the racist tactics used to convict young men of color, the unique challenges facing exonerees once released, and how the lack of equal representation in our courts is a failure not only of empathy but of our collective ability to uncover the truth.

What are the limits, and possibilities, of our country’s system of law? And what can we learn from Jarrett Adams’ story to work toward a justice system is truly just for all?

Jarrett Adams earned his Juris Doctorate from Loyola University Chicago School of Law in May 2015 and started a public-interest law fellowship with Ann Claire Williams, judge for the Seventh Circuit U.S. Court of Appeals, the same court that reversed his conviction. Jarrett also clerked in the U.S. District Court for the Southern District of New York with the late Honorable Deborah Batts. After working for the Innocence Project in New York, he launched the Law Office of Jarrett Adams, PLLC, in 2017, and now practices in both federal and state courts throughout the country.

After the forum, a book signing with Jarrett Adams will be available. A Cultural Exchange, a nonprofit multicultural arts and literacy project, will be on site for book sales.

This forum is part of our Criminal Justice series sponsored by