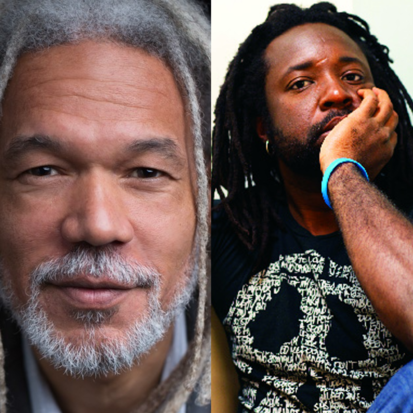 Novelist Marlon James and Historian Vincent Brown will crack open their ideas in a unique conversation centered on Jamaica. The island is a lynchpin in world history, and a wellspring of world culture. Both men won an Anisfield-Wolf Book Award in this vein: James in 2015 for “A Brief History of Seven Killings” and Brown this year for “Tacky’s Revolt: The Story of an Atlantic Slave War.” They are enthusiastic readers of each other’s work.

Brown is the Charles Warren Professor of American History and Professor of African and African American Studies at Harvard University. He explores the political dimensions of cultural practice in the African Diaspora. “Tacky’s Revolt” tracks the coordinated uprising of enslaved people in Jamaica in 1760-1761 that influenced the contemporary world's notions of race and war.

James is the first Jamaican to win a Man Booker prize, also for “A Brief History of Seven Killings,” a polyphonic novel put in motion by the 1976 assassination attempt on Bob Marley. His newest series, described as an African “Game of Thrones,” began with “Black Leopard, Red Wolf” in 2019. It resumes in February with “Moon Witch, Spider King.” James is on the English faculty at Macalester College.

Join the City Club at noon Tuesday, November 16, for a virtual conversation with these virtuosos of history and literature.