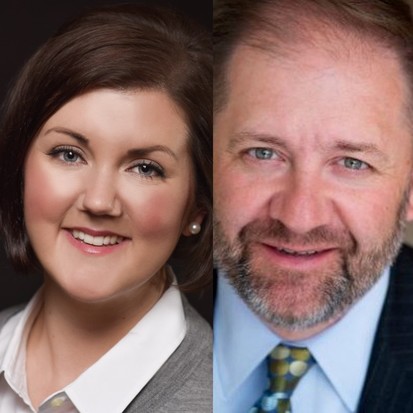 "HB6 is still costing Ohio voters $232,000 a month and it can be repealed and we can have accountability for how that even came into being in the first place." – Elizabeth Walters

There may not be a presidential race, but it's hard to overstate the significance of the political year ahead. It's not just that 2022 brings the usual statewide contests--Governor, Attorney General, Secretary of State, and so forth; Ohio has an open senate seat with a formidable roster of primary contenders, including political neophytes, a celebrity author, and a firebrand former state treasurer. The GOP's incumbent governor faces an insurgent primary effort to his right. And new district boundaries will change the dynamics in 15 congressional races, as well as in state legislative seats. Plus, this is all happening with relatively new state leadership in both major political parties.

Ohio GOP chairman Robert Paduchik took over leadership of the state party in February of 2021, having previously served as Donald Trump's Ohio campaign manager in 2016 and co-chair of the Republican National Committee from 2017-2019.

Elizabeth Walters was elected chair of the Ohio Democratic Party in January 2021. President and at-large member of Summit County Council, Ms. Walters was raised in Northeast Ohio, was the party's previous executive director, and is the first woman to serve as chair.

Join us, in-person at the City Club on January 14th for a conversation moderated by Andy Chow of the Ohio Public Radio Statehouse News Bureau.

Effective October 1, 2021 the City Club will be requiring ticketholders to provide proof of Covid vaccination or a recent negative Covid test. Email info@cityclub.org with any questions.