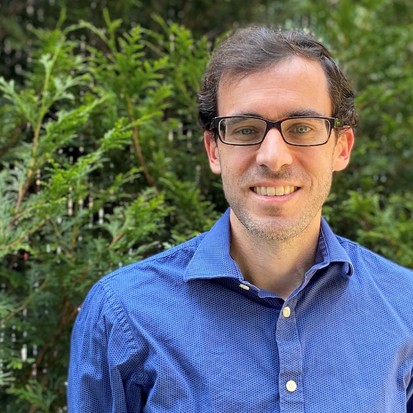 "The most lonely character is Larry Doby - who for the first year in Cleveland is the only Black player on the team and he is shunted off into segregated accommodations.
" – Luke Epplin

The story of Cleveland's 1948 baseball season is America's story. A year that happened to include a World Series victory is also the year when the integration of Major League Baseball took major steps forward, with Cleveland breaking barriers for the American League. The relationships among some of the central figures--Negro League stars Satchel Paige and Larry Doby, ace pitcher Bob Feller, and team owner Bill Veeck--both reflected and shaped how America understood race and the possibilities of bridging racial divides.

In his book Our Team: The Epic Story of Four Men and the World Series, Luke Epplin examines the lives of those four men--the experiences that shaped them and challenged them, the impact they had, how they were understood and misunderstood, and what they came to represent in the national imagination. Epplin will be interviewed by a lover of books and baseball, Felton Thomas, the Executive Director and CEO of the Cleveland Public Library and Guardians fan.

After the forum, a book signing with Luke Epplin will be available. A Cultural Exchange, a nonprofit multicultural arts and literacy project, will be on site for book sales.