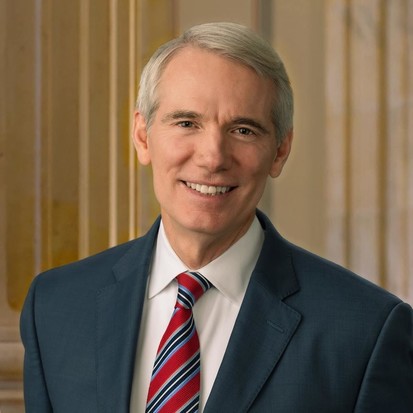 The war in Ukraine has put the sum of U.S. Senator Rob Portman's work directly into the spotlight. As the co-chair of the Senate Ukraine Caucus, Portman has been working across the aisle to build support for the emerging democracy in Eastern Europe and led a bipartisan delegation to Ukraine in January to meet with President Zelenskyy and other Ukrainian leaders. After the war began, Portman traveled to Poland to meet with refugees fleeing Ukraine and meet with Polish leaders to thank them for opening up their country. Portman also hosted a delegation of Ukrainian members of Parliament in Washington, D.C. to meet with members of Congress so they can learn more about needed aid and support.

Senator Portman will join the City Club to discuss this work, his other current priorities in the Senate, and the accomplishments of his tenure in the Senate. After ten years in office, Portman announced in January 2021 that he would not seek a third term.

A Republican from Cincinnati, Portman has represented the Cincinnati area in the U.S. House and served in the executive branch as U.S. Trade Representative and the Director of the Office of Management and Budget. Portman was born and raised in Cincinnati, where he still lives today with his wife, Jane. Together they have three children: Jed, Will, and Sally.