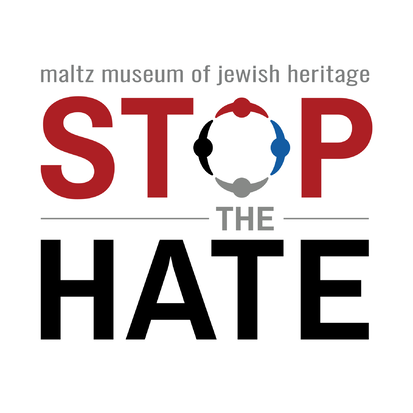 This year, the Maltz Museum of Jewish Heritage celebrates the finalists of our 14th annual Stop the Hate contest, and The City Club of Cleveland is celebrating the winners of The Hope and Stanley Adelstein Free Speech Essay Contest.

The Stop the Hate contest, which annually awards $100,000 to 6th – 12th grade students and schools in Northeast Ohio, has expanded to include free online museum tours and classroom workshops. As of 2022, the total amount of scholarships, prizes, and anti-bias education grants awarded through the contest to Northeast Ohio students and schools will be $1.4 million. An estimated 45,000+ students have participated across twelve counties.

This year, using object-based learning, students learn what it means to be a bystander, upstander, or perpetrator in global events like the Holocaust and national events like the Civil Rights Movement. Reflecting on this history, they are asked to reflect on discrimination they experience or witness today. Students respond to the question of what role they play in changing in their community. The theme for this year is courage, inspired by Cambodian-born American human-rights activist, author, and Cleveland resident, Loung Ung who famously said, “Courage is when you dare to be yourself, in whatever ways you want to be – to not be afraid, to just do it.”

For the 2022 contest, students have been asked to respond to this prompt:

In recent months there has been a lot of debate about Critical Race Theory (CRT) being taught in classrooms across America. The anti-CRT movement has inspired parents to voice concerns at school board meetings and state legislators to ban the use and teaching of CRT in K-12 classrooms. The legislation proposed in Ohio doesn’t name CRT directly, but it prohibits a set of concepts from being taught or used as content in professional development. A very similar law in Texas specifically prohibits the use of the New York Times’s 1619 Project in public school classrooms.

What is at risk if this kind of legislation passes? Reflect on the important lessons you’ve learned at school about our national history. Are there specific aspects of our history that deserve more attention or something you think should not be taught at school? America prides itself on being a champion of free speech and a beacon of democracy. How would limiting what teachers can teach complicate our idea of freedom of expression? How would you recommend your state government address the ongoing debate over CRT and systemic racism?