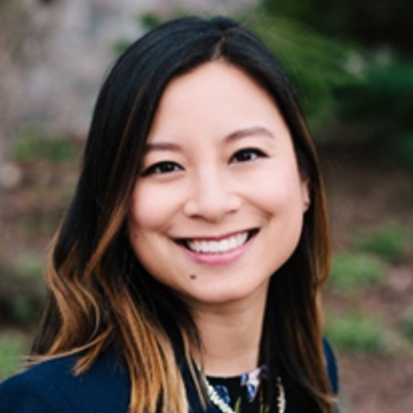 A Fresh Perspective on City Planning

In February 2022, Joyce Pan Huang was tapped by Mayor Justin Bibb to serve as Cleveland's next Director of City Planning, succeeding Freddy Collier, Jr. who held the position for nearly a decade. She brings a fresh perspective to the role, as Joyce is the first woman, mother, and Asian-American to hold the position.

As an influential voice in the Asian community, Joyce has been an integral part of the Stop Asian Hate movement, and she hired the first-ever team of multi-lingual planners--a commitment to increasing equity in Cleveland neighborhoods

Joyce grew up in Rochester, New York and earned a bachelor’s degree in sociology at the University of Michigan in Ann Arbor, and a Master of Urban Planning and Development at Cleveland State University in 2016. She was named one of Cleveland's Most Interesting People by Cleveland Magazine in 2022, and a Crain's Cleveland Business Forty Under 40 in 2020.

Join us in Public Square to learn more about Joyce, her vision for urban development, and how she plans to build a more connected Cleveland that better serves families and future generations.

City Club in Public Square is sponsored by