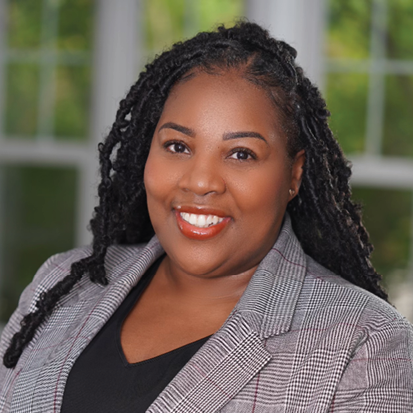 With Liberty and Justice For All: Examining Black Freedom in America Today

"You cannot provide liberty without accountability and you can't provide equity instead of justice." – Crystal Bryant

After the murder of George Floyd in 2020, many Americans felt a commitment that this time, things had to change. Protests and rallies packed cities, and promises were made to invest in the necessary steps to address inequities faced in Black communities. But for many Black Americans, this commitment rang hollow. According to the F.B.I., nearly 65 percent of the 8,052 reported hate crime incidents in 2020 were based on race, ethnicity, or ancestry bias. And within that category, Black Americans made up more than half of the victims, an increase from 2019. Then in May 2022, a mass shooting at a supermarket in Buffalo targeted a predominantly Black community and its residents. It was a stark reminder about the progress yet to be made against racism in this country, and what it means to be Black while doing exceedingly ordinary things, like grocery shopping. It begs us to ask what freedom, liberty, and justice for all actually looks like for Black Americans in the face of these constant threats and targeted violence.

Crystal Bryant was named Executive Director of the NAACP Cleveland Branch in 2021, launching the organization into a new era of leadership during a critical time. Crystal is an East Cleveland native with strong community ties. She earned her Juris Doctorate from the Cleveland-Marshall College of Law, was the co-founder of Cleveland VOTES, and served as the Director of the Cuyahoga County Office of Reentry.

Join us in-person at the City Club as Crystal shares what it will take for accountability, true reform, and how to collectively move forward in today's polarized climate.