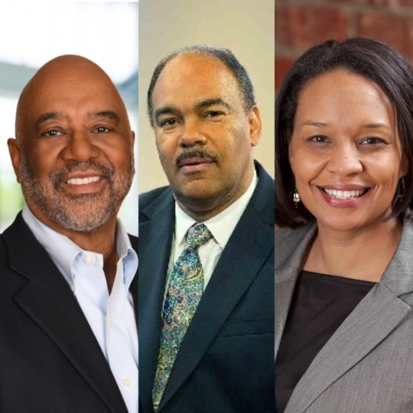 "If we are going to have great public service journalism - we have to all come together." – Jim Crutchfield

Cleveland is a surprising laboratory for non-profit media enterprises. Several years ago, City Bureau opened Cleveland Documenters, which hires citizens to document public meetings, posting notes to Twitter in real time. This year, the American Journalism Project launched the Ohio Local News Initiative with a newsroom in Cleveland, and The Marshall Project, which is focused on the criminal justice system, opened its first geographically based newsroom—also in Cleveland. The national press has taken notice. As these projects get their footing, we’ll discuss how they hope to serve the community in ways that are fundamentally different to traditional news organizations.

Jim Crutchfield is an accomplished journalist who has led newsrooms across the country as both an editor and publisher. He also served as press secretary for the late U.S. Sen. Carl Levin. Most recently, he was the president and publisher of the Akron Beacon Journal. He was announced Editor in Chief for The Marshall Project's local news operation in Cleveland in April.

After a five-month open search, Lila Mills was announced in April as the Editor in Chief for the Ohio Local News Initiative--a network of independent, community-led, nonprofit newsrooms, backed by a coalition of Ohio organizations, community leaders, and the American Journalism Project. Lila served over seven years as the Associate Director for Neighborhood Connections, providing her a deep connection to Cleveland neighborhoods, experience in community building, and journalism.

Join us in Public Square to learn more about these two new Cleveland newsrooms, and the visionary leaders at the helm.

City Club in Public Square is sponsored by